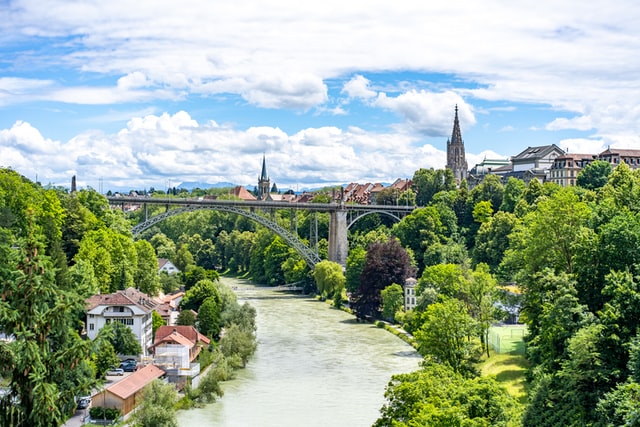 When most of us think about fall, we have visions of the trees shedding their leaves and countries moving towards colder weather conditions. It is the perfect time to catch up with a friend over a cup of coffee and a warm fire place before winter kicks in.

Fall is a great season to travel. Like Spring, it isn’t peak season at many of the destinations that you want to travel to, and the allure of a complete change of scenery is very enticing. So, while catching up with your bestie consider going on a vacation.

Natural events that happen during winter

Temperatures begin to drop during fall. However, the change isn’t immediate so travellers can expect one or two uncharacteristic warm days before winter blows in.

Further reading: What is a travel SIM card.

The best travel tip for travelling in fall is to know as much about the weather that you will be facing as possible. It is the dry season in most countries so there is an increased risk of fire in most cities.

Be aware of emergency numbers and evacuation plans, especially if you are travelling to a national par or a city that is off the beaten track.

Easter is the major holiday period that take place during fall in the Southern Hemisphere.

Fall festivals around the world

Fall is a great time to squeeze in a trip before the winter chill arrives.

Some of the best festivals that take place during fall include:

Cheyenne is the capital city of Wyoming. It’s home to the Cheyenne Frontier Days Old West Museum, with exhibits about early rodeos and artifacts like 19th-century passenger wagons. The landscaped Cheyenne Botanic Gardens includes a labyrinth. Collections at the Wyoming State Museum include dinosaur fossils. The 1904 Historic Governors’ Mansion and 19th-century Wyoming State Capitol Building are close to each other.

Places to stay in Cheyene include: Super 8 by Wyndham, the GuestHouse Inn & Suites Cheyenne, and the Motel 6 Cheyenne.

Things to do in Rio include: a visit to Wyoming State Museum, a visit to Cheyenne Frontier Days Old West Museum, and a visit to Curt Gowdy State Park.

Inverness is a city on Scotland’s northeast coast, where the River Ness meets the Moray Firth. It’s the largest city and the cultural capital of the Scottish Highlands. Its Old Town features 19th-century Inverness Cathedral, the mostly 18th-century Old High Church and an indoor Victorian Market selling food, clothing and crafts. The contemporary Inverness Museum and Art Gallery traces local and Highland history.

Places to stay in Inverness include: Beau Rivage, the Inchrye Bed & Breakfast, and the Cambeth Lodge.

Things to do in Inverness include: a tour of the Isle of Skye and Eilean Donan Castle, a Loch Ness and Outlander Sites tour, and a Dunrobin Castle and Glenmorangie Distillery tour.

Dont miss our article on The Top 10 Places to Visit in Winter.

Cluj-Napoca, a city in northwestern Romania, is the unofficial capital of the Transylvania region. It’s home to universities, vibrant nightlife and landmarks dating to Saxon and Hungarian rule. Surrounding its central square, Piața Unirii, is the Gothic-style St. Michael’s Church and the dramatic Matthias Corvinus Statue of the 15th-century king.

Places to stay in Cluj-Napoca include: the Casa Pasteur, the Brickyard Apartments Cluj, and the Modern Central-Near Unirii Square.

Things to do in Cluj-Napoca include: a Medieval Cluj Private Tour: City Center Exploration Game, a Dracula’s Castle and Birthplace Tour, and a Private day trip to Corvin Castle and Alba Carolina Fortress.

Munich, Bavaria’s capital, is home to centuries-old buildings and numerous museums. The city is known for its annual Oktoberfest celebration and its beer halls, including the famed Hofbräuhaus, founded in 1589. In the Altstadt (Old Town), central Marienplatz square contains landmarks such as Neo-Gothic Neues Rathaus (town hall), with a popular glockenspiel show that chimes and reenacts stories from the 16th century.

Places to stay in Munich include: the MOMA1890 Boutique Hotel, the Mandarin Oriental, and the Rocco Forte The Charles Hotel.

Things to do in Munich include: a Neuschwanstein and Linderhof Castle tour, a Bavarian Beer and Food Evening Tour, and a Berchtesgaden Town and Eagle’s Nest Day Tour.

Bern is built around a crook in the Aare River. It traces its origins back to the 12th century, with medieval architecture preserved in the Altstadt (Old Town). The Swiss Parliament and diplomats meet in the Neo-Renaissance Bundeshaus (Federal Palace). The Französische Kirche (French Church) and the nearby medieval tower known as the Zytglogge both date to the 13th century.

Places to stay in Bern include: the GreenPlace City Apartment, the One Suite Hotel – Zollhaus, and the Chalet in Bern.

Things to do in Bern include: a customized private tour of Bern provided by a local, a Jungfraujoch (Top of Europe) and Interlaken’s Region Private Tour, and a 1 Hour Private Walk of Bern.

Halifax is a major economic centre in Atlantic Canada, with a large concentration of government services and private sector companies. Major employers and economic generators include the Department of National Defence, Dalhousie University, Nova Scotia Health Authority, Saint Mary’s University, the Halifax Shipyard, various levels of government, and the Port of Halifax. Agriculture, fishing, mining, forestry, and natural gas extraction are major resource industries found in the rural areas of the municipality.

Places to stay in Halifax include: the Hotel Halifax, the Holiday Inn Express & Suites – Halifax – Dartmouth, and the Courtyard by Marriott Halifax Dartmouth.

Things to do in Halifax include: Peggy’s Cove Express Tour from Halifax, a tour of Nova Scotia’s South Shore, and a Lunenburg and Mahone Bay Day Trip.

Dont miss our article on The Top 10 Places to visit in Spring.

Dublin, capital of the Republic of Ireland, is on Ireland’s east coast at the mouth of the River Liffey. Its historic buildings include Dublin Castle, dating to the 13th century, and imposing St Patrick’s Cathedral, founded in 1191. City parks include landscaped St Stephen’s Green and huge Phoenix Park, containing Dublin Zoo. The National Museum of Ireland explores Irish heritage and culture.

Places to stay in Dublin include: the Wilder, the Pembroke Hall, and the Blackrock B&B.

Things to do in Dublin include: Blarney Castle Day Tour from Dublin Including Rock of Cashel & Cork City, a Skip the Line Guinness and Jameson Irish Whiskey Experience Tour in Dublin, and a Dublin Private walking tour.

Amsterdam is the Netherlands’ capital, known for its artistic heritage, elaborate canal system and narrow houses with gabled facades, legacies of the city’s 17th-century Golden Age. Its Museum District houses the Van Gogh Museum, works by Rembrandt and Vermeer at the Rijksmuseum, and modern art at the Stedelijk. Cycling is key to the city’s character, and there are numerous bike paths.

Places to stay in Amsterdam include: the Hotel Asterisk, the The Noblemen Boutique Hotel, and the B&B Zunderdorp.

Things to do in Amsterdam include: Amsterdam Canal Cruise, a Bike Tour of Amsterdam’s Highlights and Hidden Gems, and a Skip-the-line Van Gogh Museum Amsterdam.

Nassau is the capital of the Bahamas. It lies on the island of New Providence, with neighboring Paradise Island accessible via Nassau Harbor bridges. A popular cruise-ship stop, the city has a hilly landscape and is known for beaches as well as its offshore coral reefs, popular for diving and snorkeling. It retains many of its typical pastel-colored British colonial buildings, like the pink-hued Government House.

Places to stay in Nassau include: the Holiday Inn Express & Suites Nassau, the The Island House, and the Courtyard by Marriott Nassau Downtown/Junkanoo Beach.

Things to do in Nassau include: Swim with the pigs on Rose Island, a 007 Morning Half Day Boat Charter, the Pirates of Nassau Museum, and Straw Market.

Fall is one of the best time to visit certain countries because it is outside of high tourist season.

While fall is characterised by dropping temperatures, travellers should always prepare themselves for one or two warm days.

Fall is usually a dry season around the world so fires are a major risk during this season.