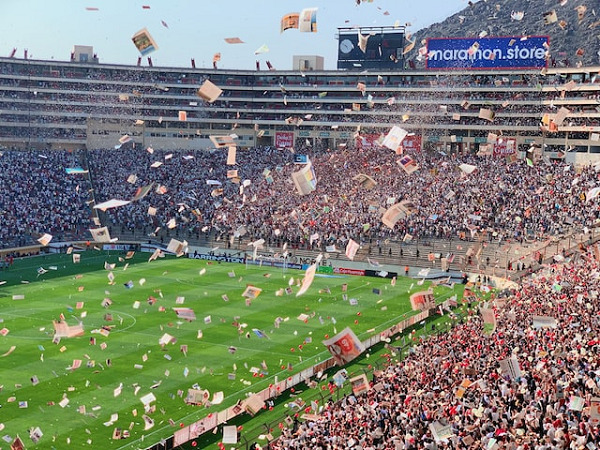 International sporting rivalries is one of the main reasons why some people travel. England’s Barmy Army is a regular feature on any international cricket tour that England is involved in. The 2010 FIFA World Cup saw over 721 000 tourists enter into South Africa in June 2010.

Whether it is a rivalry that takes place on an annual basis, or less frequently, below are the Top 10 international sports rivalries.

Make sure that you are using an international SIM card when enjoying these rivalries.

While the origins of modern football can be traced back to England, many sports fans maintain that the sport was perfected in South America.

There is no greater rivalry in international football than that between Argentina and Brazil.  Whether it is in the Copa America (South America’s continental football championship), qualification games for the FIFA World Cup, or an international friendly, Argentina and Brazil games attract the biggest crowds who are colourful and vocal. Unfortunately the quality of the football is not always the best and it is not uncommon for these matches to end in a 0-0 draw. These matches are best watched at the iconic Maracanã Stadium in Rio de Janeiro.

An extension of the political rivalry that exists between India and Pakistan, matches between the two Asian giants are often described as war. India gained prominence as a cricketing nation when Kapil Dev lifted the cricket world cup in 1983. Pakistan won the tournament nine years later when Imran Khan guided his team to success in Australia.  The fact that cricket is so engrained into every day life is very evident on the Sub Continent. Khan was the 22nd Prime Minister of Pakistan and many believe that if Sachin Tendulkar ran for Indian Prime Minister he would get almost 100% of the country’s votes. These matches are best viewed at the Eden Gardens Stadium (known simply as Eden Gardens) in Kolkata.

Places to stay near Eden Gardens: the Polo Floatel Kolkata, The Peerless Inn Kolkata, and The Oberoi Grand Kolkata

In terms of international sporting rivalries, this is one of the matches you do not want to miss.

South Africa (The Springboks) vs New Zealand (The All Blacks), Rugby

The rugby rivalry between South Africa and News Zealand goes back centuries. Regularly ranked the top two teams in the world, the modern rivalry between the two nations began in 1995 when South Africa beat New Zealand who were the overwhelming favorites to win the tournament. New Zealand does have the advantage in terms of wins. However, the last ten games between the nations were only lost by a margin of less than 15 points.  These games are best viewed at the Cape Town Stadium which also hosts the Cape Twon Sevens which is a very popular leg of the World Sevens Circuit.

Places to stay near the Cape Town Stadium: the Check Inn Hotel, the La Splendida Hotel, and Never at Home Green Point

While not a traditional country vs country rivalry, the rivalry between Lewis Hamilton and Max Verstappen does have an international flavour.

One of the most decorated F1 drivers since the retirement of Michael Schumacher, many F1 fans were wondering if there would be anyone who could challenge Hamiltons dominance. Since the introduction of rules that standerdise the cars that the drivers use, Verstappen is proving to be a serious threat to Hamiltons legacy which is something that Dutch F1 fans are quick to point out to their English counterparts. A Formula 1 race is best viewed in Monaco where the streets of the country get turned into a race track.  Just make sure you book your experience well in advance.

The USA vs Europe (The Ryder Cup), Golf

This is one of the noisiest international sporting rivalries. A feature of the event is not only the captivating format of the matches; the rivalry between the USA fans (who are vocal and passionate) and the European fans (who observe a little bit more restraint but are equally passionate) is engaging and is motivation enough to get sucked into the drama of the sporting spectacle, which is usually decided on the last day of the singles matches. The Ryder Cup is held at a different golf course biannually and the 2023 event is being held at the Marco Simone Golf and Country Club in Rome, Italy.

Places to stay in Rome: iRoome, the Regina Margherita Sweet Stay, and the Navona Love Apartment.

Traditionally dominated by fighters such as Muhammed Ali, “Sugar” Ray Leonard and Mike Tyson, the USA has produced the most boxing champions in the world.

However, over the years, the rise British fighters such as “Prince” Naseem Hamed, Ricky Hatton, Lennox Lewis and more recently Tyson Fury has developed an interesting rivalry between two nations who are adamant that they have the best fighters. A prize fight between boxers from these two nations generates an atmosphere that attracts many travellers who are not even boxing fans. A fight between a UK and a USA fighter is best viewed at the MGM Grand Garden Arena in Las Vegas.

Over the years, tennis has produced some of the most passionate, and intense, international sport rivalries.

In modern times, tennis has been dominated between the rivalry between Rafael Nadal (from Spain) and Novak Djokovic (from Serbia). Nadal burst into the sport as a tanned youngster who resembled a pirate more than a tennis player. After a few years of Nadal vs Federer, Djokovic broke through and brought a power game that rivaled Nadal. Matches between these two rivals splits stadiums with neutrals gravitating towards either the Serbian fans or the Spanish fans. Matches between Nadal and Djokovic are best viewed at Wimbledon which is held at the All England Lawn Tennis and Croquet Club.

Places to stay near the All England Lawn Tennis and Croquet Club: Wimbledon Views, the Veeve – Wimbledon Terrace House, and the Rose And Crown Hotel.

Scotland vs England (The Calcutta Cup)

One of the oldest recognised rivalries in rugby is between Scotland and England who compete annually for the Calcutta Cup.  This is a grudge match as much as its one of the worlds biggest international sporting rivalries

This rivalry started on Christmas day in 1872 when players representing England and Scotland competed against each other in Calcutta (now Kolkata), India. Forming part of the Six Nations Championship, matches between the countries has traditionally been dominated by England. However, over the past five years, there has been a visible shift to the North which is something that Scottish fans are quick to remind the English about. As if the Flower of Scotland wasn’t enough indication about how the Scots feel about the English. These matches are best viewed at Twikenham Stadium which is recognised as the global home of rugby.

Places to stay near Twikenham Stadium: the Kew Gardens Hotel, the London Marriott Hotel Twickenham, and The Bridge Inn.

Australia vs England (The Ashes), Cricket

The Ashes is an international cricket series played between Australia and England once every two years.

The term originated after Australia’s first ever victory on English soil in 1882. A satirical obituary in an English newspaper stated: the body will be cremated and the ashes taken to Australia. The stumps from that game were burned and the ashes placed in an urn which is the trophy that the two teams compete for. Since 1882, there have been some famous victories for both sides. However, the rivalry has intensified since 2005 where a heavily fancied Australian team lost the Ashes to England in England. An Ashes Test Match is best viewed at the Lords Cricket Ground in England which is the ancestral home of cricket.

Places to stay near the Lords Cricket Ground: the Warrington Hotel, the Danubius Hotel Regents Park, and the Comfort Inn Edgware Road W2.

Another rivalry that was born of political tensions (dating to World War II), international football matches between England and Germany are serious, often tense, affairs.

The rivalry between the nations got very tense during the 1966 World Cup where England beat a heavily fancied West Germany (which featured Franz Beckenbauer). There were serious accusations of refereeing decisions that favored England following the English win. Similar accusations have followed the fixture ever since with both Germany and England accusing the other side of being on the favorable end of decisions. The most notable call in recent times came in the 2010 FIFA World Cup where a goal by England was disallowed despite the ball clearly crossing the line. A match between England and Germany is best viewed at the Olympiastadion in Berlin, Germany.

Places to stay near the Olympiastadion: the ibis Hotel Berlin Spandau, ibis Berlin Messe, and the Michels Apart Hotel Berlin.

Even if you are not a sports fan, international sporting rivalries allow you the opportunity to explore a country or city that you may have never visited before. Sports tourism is becoming one of the main ways to grow tourism globally.