Top 10 Most beautiful cities in the world (2022 Tourist guide) 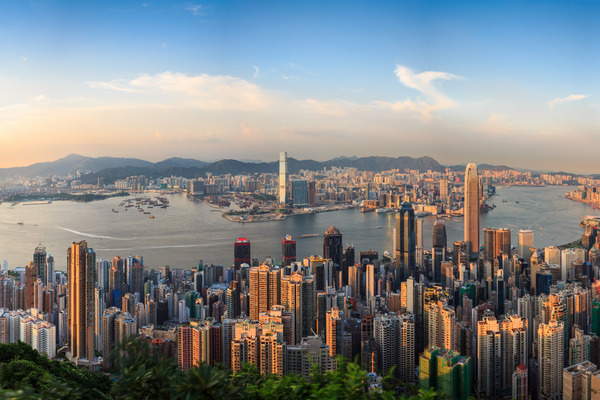 Some travellers want to travel to a country and experience everything about it. Other travellers are more focused and have a bucket list of cities that they would like to visit. But where does one start and how does one decide on where to visit first? Below are the top 10 most beautiful cities in the world.

When embarking on your international adventure, make sure that you are using a tourist SIM card.

Blessed with some of the world’s most amazing beaches, jaw-droppingly beautiful mountains, rolling hills of vineyards, spectacular drives, and tons of trendy bars and fine dining restaurants to choose from, it is hard to imagine a more picture perfect city destination than South Africa’s Mother city.

Combine this with some of the best accommodation and service on offer anywhere in the world and you are left with one of the hottest city destinations you will ever visit.

Vancouver is a major tourist destination, as over 10.3 million people visited Vancouver in 2017. In addition to the city’s scenic location, visitors frequent the many gardens and Stanley Park, one of more than 180 city parks, and a combination of natural forest and parklands near the city centre.

Grouse Mountain, Mount Seymour, and Cypress Mountain, each with a variety of summer and winter leisure activities, are within a 30 km drive of downtown and all have bird’s-eye views of the city and the surrounding region. Over a million people annually pass through Vancouver en route to a cruise ship vacation, usually to Alaska. Also of note, the 1986 World Exposition was held in Vancouver.

The Big Apple represents the ultimate cosmopolitan destination and defines the urban lifestyle.

Here, you can visit some of the world’s best museum collections, shop till you drop, attend world-class performances, and find yourself having to make tough choices when it comes to dining out. And while there’s no denying that New York City is expensive for visitors, there are lots of free things to do.

Located on seven hills overlooking the Tiber River, Rome is a treasure-trove of ancient monuments, that are inspired by grand classical architecture and set among some of the world’s most beautiful squares and avenues.

Of course, everyone visits the Eternal City for its famous landmarks and must see sights such as Vatican City with St Peter’s Basilica, the Colosseum with adjacent Roman Forum, and Piazza Novona with the nearby Trevi fountain.

San Francisco’s frequent portrayal in music, film, and popular culture has made the city and its landmarks recognizable worldwide.

Some of the most popular tourist attractions in San Francisco noted by the Travel Channel include the Golden Gate Bridge and Alamo Square Park, which is home to the famous “Painted Ladies”. Both of these locations were often used as landscape shots for the hit American sitcom Full House. There is also Lombard Street, known for its “crookedness” and extensive views. Tourists also visit Pier 39, which offers dining, shopping, entertainment, and views of the bay, sunbathing California sea lions, the Aquarium of the Bay, and the famous Alcatraz Island.

Blessed with one of the most dramatic settings in the world, Rio never fails to impress its visitors.

Anyone standing by the world-famous Corcovado statue or at the top of the Sugarloaf Mountain will experience one of the globe’s most exciting panoramas, as the deep blue of the Atlantic Ocean mixes with the bright white of the sandy beaches and the fresh green of the lush tropical vegetation.

Paris is the capital and most populous city of France.

The centre of Paris contains the most visited monuments in the city, including the Notre Dame Cathedral (now closed for restoration) and the Louvre as well as the Sainte-Chapelle; Les Invalides, where the tomb of Napoleon is located, and the Eiffel Tower are located on the Left Bank south-west of the centre.

Without a doubt, Hong Kong, also dubbed the “Pearl of the Orient” has one of the most photographed and impressive city skylines in the world.

The towering skyscrapers and futuristic buildings that are set against the lush mountain backdrop create a breath taking, urban scenery that is unmatched in the world. Besides its skyline, Hong Kong is also known for its vibrant lifestyle, friendly people, a splendid harbour, loads of shopping and its wide range of restaurants and cuisines.

The Czech capital is dubbed “the city of the thousand spires” because of its many historical monuments that have been beautifully preserved and date from practically every period in history.

Prague’s most famous attraction are the bridges that cross the Vltava River, especially the amazingly elegant Charles Bridge, but the stunningly beautiful Old Town Square and Prague Castle are equally impressive. Add the cobblestone streets and atmospheric alleyways that zigzag through town, and you know that few other cities delight the senses as much as Prague.

This is undoubtedly one of the most charming and trendy cities on the planet, a stunning a latticework of romantic bridges and canals, picturesque cobbled streets, strikingly elegant architecture, and bikes, lots of bikes.

Public transport is an important and cost effective way to explore these cities. Make sure you have a top public transport app so that you can navigate this effectively.