Top 5 Most beautiful countries in the world (2022 Tourist guide) 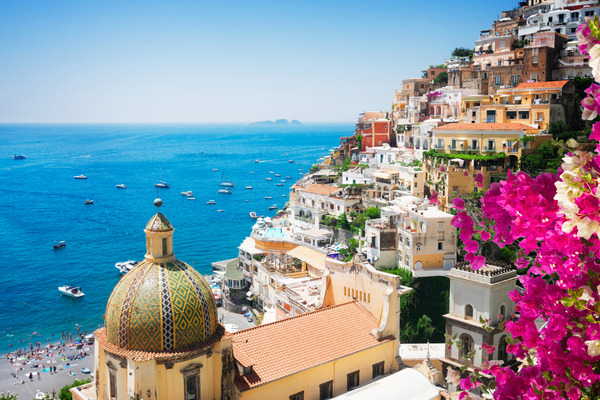 When it comes to travelling, many people have a bucket list and even more people have trouble deciding which country they should visit first. With many different options available, you many encounter analysis paralysis when making a decision. Below are what many travellers consider the  top 5 most beautiful countries in the world.

Make sure that you are using an international SIM card when travelling to these countries.

From the time of antiquity, Italy has been regarded by many as the world’s most beautiful country.

Rome is steeped in history and has classical architecture that is a sight to behold. From the Coliseum to the Trevi Fountain, you can get lost in the beauty of the capital alone. Then there is Venice, Florence and Milan that boast impressive architecture themselves. The natural beauty of the Tuscan hills and rolling vineyards will transport you to another world. Finally, the gateway to Italy is the Alps which play host to ski resorts that are frequented by the rich and famous. The Amalfi Coast and Lake Maggiore and to the dramatic natural beauty of the worlds most beautiful country.

The top 5 cities in Italy are:

The top 5 tourist attractions in Italy are:

When civilizations were being established around the world, the Aztecs and the Mayans were building impressive cities and fighting off predators from the jungles that surrounded these cities.

Mexico is regarded as one of the most beautiful countries in the world because of its rugged natural beauty and the ruins of lost civilizations. Mexico is home to 67 national parks, more than 5 000 miles of coastline, and landscapes ranging from deserts to snow-capped volcanoes. Mexico takes great pride in its wildlife and goes to great lengths protecting it. The Monarch Butterfly Biosphere Reserve northwest of Mexico City welcomes millions of butterflies every autumn and the whale sanctuary in El Vizcaino is an important reproduction site for grey and blue whales. Be sure to spend a lot of time exploring Mexico City and the Aztec pyramids before you venture to Cancun or Cozumel to enjoy the country’s party atmosphere.

The top 5 cities in Mexico are:

The top 5 tourist attractions in Mexico are:

With an aristocracy that goes back generations, France has a classical history that has inspired poets, authors and painters for many years.

However, there is more to France than its history. The dramatic drive down the Champs-Elysées, through the Arc de Triomphe, to the sprawling lawns in front of the Eifel Tower is enough to mesmerize anyone. After your sojourn in the capital, why not take in the sights of the Palace of Versailles which was built by King Louis XIV. On your way to Marseille, take in the sights of Bordeaux and Champagne. The port city of Marseille is just as beautiful as Paris and was the setting for Alexandre Dumas’ classical novel The Count of Monte Christo. The Château d’If is a fortress located on the Île d’If, situated about 1.5 kilometers offshore from Marseille. It served as the inspiration for the prison that Dumas used extensively in his book.

The top 5 cities in France are:

The top 5 tourist attractions in France are:

South Africa constantly appears on many travel bucket lists, and it is easy to see why.

Fly into Cape Town and spend time admiring the backdrop of the 12 Apostles as they stand watch over the ocean. After that, you can take the cable car to the top of Table Mountain (weather permitting) where you can see the city sprawled out in front of you. Robben Island is not far offshore and is a reminder of the struggle for human rights that the country experienced in the past. A road trip up the eastern coastline of the country will take you through the garden route, the rugged beauty of the Eastern Cape, and finally KwaZulu-Natal which is home to the Vally of 1 000 Hills and the mighty Zulu nation. Finally, end your trip off at the Kruger National Park which is a safari enthusiasts dream.

The top 5 cities in South Africa are:

The top 5 tourist attractions in South Africa are:

There is a way of life in Costa Rica called pura vida (pure life). When you’re surrounded by impressive waterfalls, some of the worlds most beautiful beaches, and protected jungles that are comparable with the Amazon, you are forced to take life a little more relaxed.

There is a reason why Costa Rica is considered one of the most beautiful countries in the world. More than a quarter of Costa Rica has some form of environmental protection. Cocos Island National Park is the only island in the eastern Pacific with a rainforest and its waters are teeming with hammerhead sharks, giant manta rays, sea turtles, and dolphins. This doesn’t stop avid scuba divers who take advantage of the warm waters.

The top 5 cities in Costa Rica are:

The top 5 tourist attractions in Costa Rica are:

Most of these countries are included on this list because of the contrast between vibrant, well-developed cities and rustic, beautiful landscapes. Make sure that you hire a car and take a scenic drive into the countryside to maximise your travel experience.