Top 10 Most beautiful forests in the world (2022 Tourist guide) 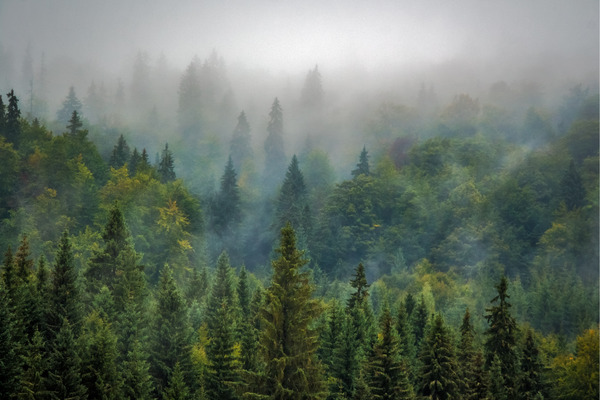 Many people work in a major city such as New York, London or Berlin. Often, the hustle and bustle of city life can make a person feel trapped. Longing for solitude, travellers from around the world seek the sanctuary of one of the most beautiful forests in the world.

Make sure that you are using a tourist SIM card when travelling abroad.

No list would be complete without the Amazon Rain Forest which has captivated the imagination of travellers and adventure seekers for centuries.

At 5 500 000 km2, it is the largest forest in the world. Falling predominantly in Brazil, the Amazon can also be found in Peru, Colombia, Bolivia, Ecuador, French Guiana, Guyana, Suriname and Venezuela. The Amazon Rain Forest is largest and most biodiverse rainforest in the world with an estimated 390 billion individual trees divided into 16 000 species. Over the years, deforestation significantly impacted the Amazon Rain Forest and has threatened many of the local tribes that still live in the forest as well as the unique  fauna and flora that can be found in the forest.

Do you want to travel to one of the most beautiful mountains in the world?

One of the biggest forests in North America is the Olympic National Forest in Washington State, USA.

At 2 541km2, the forest almost surrounds the Olympic National Park and the Olympic Mountain Range. The landscape of the forest varies from the temperate Olympic rain forest to the salt water fjord of Hood Canal to the peaks of Mt. Washington. It is a popular attraction for many tourists who want to experience pioneer living in one of the USA’s untouched wildernesses.

Do you want to visit one of the most beautiful waterfalls in the world?

The Ituri Rainforest, Democratic Republic of the Congo

Africa’s biggest forest is found in the Democratic Republic of the Congo.

It is easy to see why the Congo Forest is one of the most beautiful forests in the world.

Have you visited one of the most beautiful islands in the world before?

The Teutoburg Forest is a range of low forest hills found in Germany.

Most of the ridges and part of the valley that make up the Teutoburg Forest are covered by deciduous forest. The forest is most famous for the Battle of Teutoburg Forst (9 AD) where the Allied Germanic People defeated the Roman Army. The Germanic army hid in the forest as the Roman army made its way down the forest’s narrow tracks. The army then rushed at the Romans through heavy mist and inflicted one of the worst defeats that the Roman Empire ever suffered.

If you are in a mood for a change of scenery, why not plan a trip to one of the most beautiful beaches in the world?

The Sagano Bamboo Forest is a popular tourist attraction that is found near Kyoto Japan.

The forest includes many walkways and natural pathways for tourists and is a popular get away for travellers seeking a break from Tokyo or Kyoto (the Historical Capital of Japan). The forest is primarily made up of Moso Bamboo. The region experiences unpredictable weather with a rather cool climate and bright sunlight. Travellers are therefore encouraged to make use of a weather app when visiting the region.

Nature lovers should also plan a trip to one of the world’s most beautiful national parks.

If you want to visit the oldest rainforest in the world, you will need to travel to Cairns, Australia.

Measuring 1 200 km2, the Daintree Rainforest is part of the largest continuous area of tropical rainforest on the Australian continent. On the northside of the Daintree River, the rainforest grows right up until the edge of the sea. Many indigenous plants that cannot be found anywhere else in the world thrive in Daintree Rain Forest. It is also home to unique animals such as the Sugar Glider and the Southern Cassowary. Daintree Forest served as the inspiration for 20th Centry Fox’s Fern Gully.

It is easy to see why the Daintree Rain Forest is one of the most beautiful forests in the world.

Why not pay a visit to one of the most beautiful canyons in the world?

Sherwood Forest is found in Notinghamshire in the UK and is best knows because its historical association with the legend of Robin Hood.

The forest is part of the larger hunting forest that was used by the English aristocracy in medieval times. The forest is now protected and is most famous for its Major Oak which is a centuries old oak tree which is believed to be the principal hideout of Robin Hood. Sherwood Forest was an important Thynghowe which is a meeting place in Danelaw where disputes are settled.

The Abujmarh Forest is an extensive hilly forest region in India that encompasses 4 000 km2.

The forest is home to the native tribes of India and it wasn’t until 2009 that the Indian government lifted a law that was put in place in the 1980s that restricted visitors to the area. Even to this day, the remote nature of the Abujmarh region means that there very few visitors to the region which does not have any physical presence of the civil administration. This makes the Ambujmarh Forest one of the last untouched natural landscapes on the Asian continent.

Planning a vacation during fall?

The Crooked Forest is a forest found in the village of Nowe Czarnowo near Gryfino, Poland.

A feature of the forest is a grove of trees which take a sharp turn to the north as they sprout from the ground. The tree then bends into a bow shape before straightening and growing in the conventional way. The Crooked Forest is surrounded by a forest of straight growing pine trees. Many studies have been done to determine why the trees in the Crooked Forest grow in the manner that they do.

Famed for its beauty and herds of African bush elephants, the forest was the inspiration for Dalene Matthee’s Afrikaans novel Kringe in die Bos. The Knysna forest plays an important role in the Eastern Cape and is a popular tourist attraction. Trees that can commonly be found in the forest include Ironwood, Stinkwood, Outeniqua Yellowwood, Real Yellowwood, Cape Holly, and White Pear. The forest was almost devastated by a wildfire that impacted the neighboring town of George in 2017.

Many global myths and legends are associated with the world’s most beautiful forests. Planning a trip to these forests needs to be done in advance as they are popular tourist attractions. Be sure that you remain connected so that you can share your experience with family and friends.

Planning a vacation during spring?

Top 10 Most beautiful forests in the world FAQ