Top 10 Most beautiful mountains in the world (2022 Tourist guide) 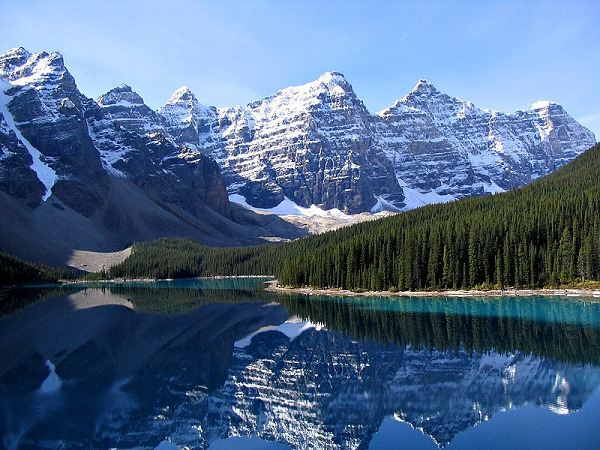 The Seven Summits is a popular challenge which sees avid mountain climbers travel to each continent to climb its highest peak. This is a feat not achieved by many, and most travellers will be content to visit the most beautiful mountains in the world in a calmer, less adventurous manner.

Make sure that you are using a tourist SIM card when visiting the most beautiful mountains in the world.

Let’s start with the most famous mountain of them all. Mount Everest.

Mount Everest is the world’s tallest mountain (8 848 meters above sea level) found in the Himalayan mountain range. Mount Everest attracts many climbers, including highly experienced mountaineers. There are two main climbing routes, one approaching the summit from the southeast in Nepal (known as the standard route) and the other from the north in Tibet. The mountain was most famously conquered by Sir Edmund Hillery and his sherpa Tenzing Norgay.  Almost always topped with snow, the mountain is an impressive sight.

Do you want to visit one of the most beautiful waterfalls in the world?

Alaska has long had a reputation as the world’s last untamed wilderness. A significant gold rush attracted prospectors to the state were met with an impressive mountain range and harsh weather conditions.

Mount Denali is the highest peak in North America (6 190 meters above sea level). It is also the third most prominent and third most isolated peak in the world. Found in the Alaskan Mountain Range, a gold prospector named it Mount McKinley in 1896 to support presidential candidate William McKinley. The US government only changed the name to Mount Denali in 2015.

Most beautiful mountain in North America honorable mention: Mount Saint Helens which is in Washinton State in the USA.

Have you visited one of the most beautiful islands in the world before?

Mount Aconcagua is often the second mountain that avid mountaineers flock to when attempting the Seven Summits challenge.

At 6 961 meters, Mount Aconcagua is the highest mountain in the Americas, and the highest outside of Asia. Mount Aconcagua is found in the Andes mountain range. The mountain has a number of glaciers. The largest glacier is the Ventisquero Horcones Inferior which is about 10 km in length and descends from the south face of the mountain to about 3 600 m near the Confluencia camp. Two other significant glacier systems are the Ventisquero de las Vacas Sur and Glaciar Este/Ventisquero Relinchos system which are about 5 km in length.

Most beautiful mountain in South America honorable mention: Mount Fitzroy which is also in Argentina.

If you are in a mood for a change of scenery, why not plan a trip to one of the most beautiful beaches in the world?

Not part of any mountain range, Mount Kilimanjaro is the highest free-standing mountain above sea level in the world.

Nature lovers should also plan a trip to one of the world’s most beautiful national parks.

While not part of the Seven Summits, Mount Blanc is definitely one of the  most beautiful mountains in the world.

Located in France, Mount Blanc is the highest mountain in the Alps and Western Europe standing 4 807 above sea level. Mount Blanc is known for its popular outdoor activities such as hiking, climbing, trail running. Winter sports such as skiing, and snowboarding are also popular. The best way to Mount Blanc’s summit is the Goûter Route. This is typically a two day journey.

Most beautiful mountain in Europe honorable mention: The Matterhorn which is on the border of Italy and Switzerland.

At 2 518 meters, Mount Taranaki is the second highest mountain on New Zealand’s North Island after Mount Ruapehu. There is a lodge on Mount Taranaki (Tahurangi Lodge) which is operated by the Taranaki Alpine Club. It is believed that is takes a person with good fitness level a day to make the up-and-back climb.

Why not pay a visit of the most beautiful canyons in the world?

At 8 900 kilometers, the Andes mountains runs through Argentina, Chile, Bolivia, Peru, Ecuador, Colombia and Venezuela. The world’s highest volcanoes are in the Andes, including Ojos del Salado on the Chile-Argentina border, which rises to 6 893 m.

The Rocky Mountains is the largest mountain range in North America which stretches from the state of New Mexico (in the south) to Canada.

At 4 800 kilometers, the Rocky Mountains is one of the longest mountain ranges in the world. 78 of the 100 highest peaks in the Rocky Mountains are found in Colorado. Wyoming, New Mexico and Montana are the other states which have the highest concentration of the ranges tallest peaks. Popular tourist resorts such as Aspen and the Yellowstone National Park are found in the Rockey Mountains

Planning a vacation during fall?

The Atlas Mountains is the longest mountain range in Africa and is found in the Maghreb Region of North Africa.

Stretching over 2 500 km, the mountain range runs through Morrocco, Algeria, and Tunisia. It separates the Atlantic and Mediterranean coastlines from the Sahara Desert and is home to many species which are endemic to North Africa. Many of these species are close to extinction. The Atlas Mountains is the traditional home of the Berber Tribe which has been inhabiting the mountains for generations.

The Hindu Kush is a mountain range in central Asia just west of the Himalayas.

Thew 800-kilometer range stretches through Afghanistan, Pakistan, and Tajikistan. The Hindu Kush is a historically significant center of Buddhism and hosts sites such as the Bamiyan Buddhas. Additionally, the communities  which settled in the Hindu Kush built settled in it built massive monasteries and trading posts that linked Central and South Asia.

It is easy to see why a trip to the most beautiful mountains in the world is on the top of any adventurers bucket list.

Planning a vacation during spring?

Top 10 Most beautiful mountains in the world FAQ