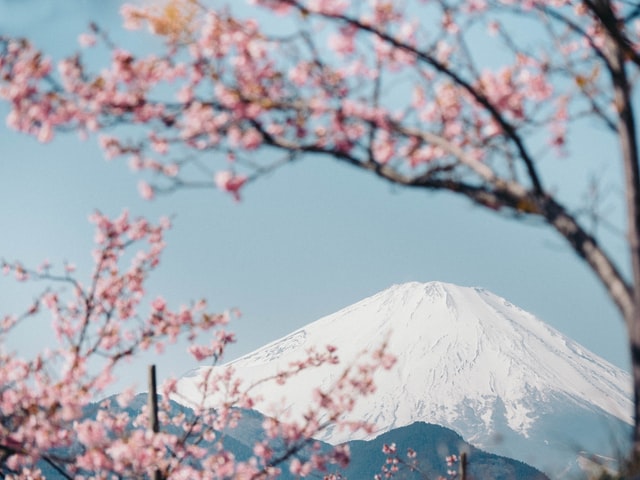 Spring is the perfect season to travel to many places as it is a time for renewal and rebirth. The sun is out and there are generally good vibes wherever you go because you are avoiding the extreme heat that can be felt in many countries. So while you are creating your vacation vision board, you may want to consider some of the best places to visit during spring.

Natural events that happen during spring

During spring, temperatures are increasing. However, travellers should still pack some winter clothes as one or two cold days can be expected.

It is also important to note that spring is the rainy season in some countries.

The best travel tip for travelling in spring is to know as much about the weather that you will be facing as possible. Pack light winter clothes but also pack a jacket for the one or two colder days.

Be aware of the holidays and festivals that take place during spring. It is seen as a time of rebirth and renewal in many countries so festivals and holidays will be plentiful.

Easter is the major holiday season that takes place during spring in the Northern Hemisphere.

Spring festivals around the world

Spring is often the best time to travel to most countries as it is outside of the high season.

Some of the best spring festivals that take place around the world include:

Out of all of the festivals that take place in spring, Greek Orthodox Easter is very popular. One of the most recommended places to stay in Athens is the Electra Metropolis.

Mykonos is an island in the Cyclades group in the Aegean Sea. It’s popularly known for its summer party atmosphere. Beaches such as Paradise and Super Paradise have bars that blare thumping music. Massive dance clubs attract world-renowned DJs and typically stay open well past dawn. Iconic landmarks include a row of 16th-century windmills, which sit on a hill above Mykonos town.

Places to stay in Mykonos include: the Khamsa Mykonian Suites, the Ikies of Mykonos, and the Omnia Mykonos Boutique Hotel & Suites.

Things to do in Mykonos includes: The Authentic Rhenia-Delos Cruise, a Half-Day Delos Tour from Mykonos, and cooking classes.

Cancún, a Mexican city on the Yucatán Peninsula bordering the Caribbean Sea, is known for its beaches, numerous resorts and nightlife. It’s composed of 2 distinct areas: the more traditional downtown area, El Centro, and Zona Hotelera, a long, beachfront strip of high-rise hotels, nightclubs, shops and restaurants. Cancun is also a famed destination for students during universities’ spring break period.

Things to do in Cancun includes: Xcaret Day Trip, the Mayan Museum of Cancun, and Dolphin Discovery.

Phoenix is the capital of the southwestern U.S. state of Arizona. Known for its year-round sun and warm temperatures, it anchors a sprawling, multicity metropolitan area known as the Valley of the Sun. It’s known for high-end spa resorts, Jack Nicklaus–designed golf courses and vibrant nightclubs. Other highlights include the Desert Botanical Garden, displaying cacti and numerous native plants.

Rotterdam is a major port city in the Dutch province of South Holland. The Maritime Museum’s vintage ships and exhibits trace the city’s seafaring history. The 17th-century Delfshaven neighborhood is home to canalside shopping and Pilgrim Fathers Church, where pilgrims worshiped before sailing to America. After being almost completely reconstructed following WWII, the city is now known for bold, modern architecture.

Things to do in Rotterdam includes: a Rotterdam Land and Sea Splash Tour, Rotterdam, Delft and The Hague Guided Tour, and “Remastered” Audiovisual Experience.

South Lake Tahoe is a California resort city on Lake Tahoe, in the Sierra Nevada mountains. It’s known for nearby ski resorts and beaches, like El Dorado Beach, with its picnic areas. The city’s restaurants and bars merge with the casinos of adjacent Stateline, Nevada. Van Sickle Bi-State Park has wooded trails and lake views. West of the city, Emerald Bay State Park includes Vikingsholm, a 1929 Nordic-style mansion.

Things to do in South Lake Tahoe includes: a sailing Cruise on Lake Tahoe, a helicopter Tour of Lake Tahoe, and a day trip to Yosemite National Park.

Things to do in Las Vegas includes: visiting the Las Vegas Strip, watching a show at a casino on the strip, and a day trip to the Hoover Dam.

Bath is the largest city in the county of Somerset England, known for and named after its Roman-built baths. Bath is in the valley of the River Avon, 97 miles (156 km) west of London and 11 miles (18 km) southeast of Bristol. The city became a World Heritage Site in 1987, and was later added to the transnational World Heritage Site known as the “Great Spa Towns of Europe” in 2021.

Places to stay in Bath include: the Eight Hotel, the White Guest House, and the Dolphin House.

Things to do in Bath include: visiting the Roman Baths, visiting Bath Abby, and Pulteney Bridge.

Malta is an archipelago in the central Mediterranean between Sicily and the North African coast. It’s a nation known for historic sites related to a succession of rulers including the Romans, Moors, Knights of Saint John, French and British. It has numerous fortresses, megalithic temples and the Ħal Saflieni Hypogeum, a subterranean complex of halls and burial chambers dating to circa 4000 BC.

Places to stay in Malta include: Casa Rocca Piccola B&B, 116Townhouse, and Apartments by Sliema promenade and beach.

Things to do in Malta include: Blue Lagoon, Beaches and Bays Catamaran Sailing Tour, the Malta Experience Private Tour, and the Original Valletta Walking Tour.

Marrakesh, a former imperial city in western Morocco, is a major economic center and home to mosques, palaces and gardens. The medina is a densely packed, walled medieval city dating to the Berber Empire, with mazelike alleys where thriving souks (marketplaces) sell traditional textiles, pottery and jewelry. A symbol of the city, and visible for miles, is the Moorish minaret of 12th-century Koutoubia Mosque.

Things to do in Marrakesh include:Ouzoud Waterfall tour from Marrakech, the Sunrise Atlas Mountain Hot Air Balloon Ride From Marrakech, and the Authentic Moroccan Food Tour in Marrakech with Dinner.

Spring is the perfect time to visit many countries the season is outside of high tourist season (which is typically summer) and you get to avoid extreme heat conditions.

Spring is a popular time to travel and you may have to content with tourists and locals who are also on holiday. If this is a major issue, try and travel to your destination at the beginning or end of summer.

If you are travelling to a tropical climate, make sure that you have the required vaccinations and that you pack sunscreen. The price of sunscreen at your destination may be inflated.