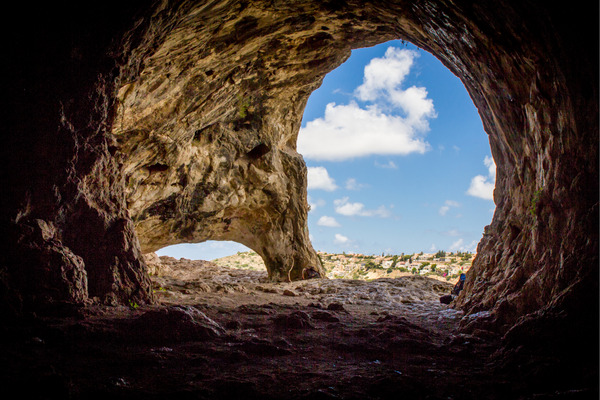 Spelunking is the recreational past time of exploring caves that have not been commercialized and do not receive any tourist activity. However, it is difficult to keep these natural wonders completely off the radar. Since the dawn of time, caves and cave systems have played an important role in the history of mankind. In this article we take a closer look at the deepest caves in the United States.

When travelling to the USA, make sure that you are using a USA prepaid SIM card to effortlessly stay in touch with your loved ones. You will definitely want to share pictures of some of the caves that you discover.

There are many caves and cave systems that exist around the world. However, none are bigger than Mammoth cave. At 675.9 km, you will be plunged deep into the earth where you will be transported into another world. As you enter the cave, you will pass a waterfall at the entrance which is a fitting symbol that you are moving through one of nature’s natural gateways. The River Styx runs through the cave which used to have boat tours.

Jewel Cave is currently the third longest cave in the world with just over 346 km of mapped passageways. When Frank and Albert Michaud, discovered the cave in 1900. They initially succeeded in enlarging the cave entrance with dynamite. After enlarging the entrance, they found a cavern lined with calcite crystals, which gave the cave its name.  News of the caves discovery reached Washington and President Theodore Roosevelt proclaimed Jewel Cave a National Monument on February 7, 1908.

The Lechuguilla Cave is found in the Carlsbad Caverns National Park  and is the eighth longest explored cave in the world. This makes it one of the longest caves in the USA. Lechuguilla Cave is known for its unusual geology and rare formations. Because access to the cave is restricted to scientists (who need to acquire a permit) and park officials, the cave is mostly untouched and in pristine condition.

Things to do: Carlsbad Water Park, the Carlsbad Museum and Art Center, and Sitting Bull Falls.

The sinkhole entrance to Savannah Cave was first investigated in the 1970s by local cavers who were interested in a swallow hole which took in a significant stream most of the year. The subsequent dig was abandoned and catalogued for future reference as easier and more accessible caves became available. Surveying of Savannah Cave extended from 2009 through 2014 as the cave branched off in opposite east-west directions.

Things to do: Rockhouse Trail System (Hatfield and McCoy Trails), Pomona Salt Cave And Spa, and the Organ Cave.

Things to do: the Old Stone Presbyterian Church, the Confederate Cemetery of Lewisburg, and Carnegie Hall.

In 1918, a farm close to Corydon was purchased by Arvel H. Miles. A sinkhole entrance to Binkley Cave opened prior to a set of explorations in the 1930s. In 1944, the farm was purchased by Harvey Binkley, after which the cave is named. Other cave systems were found on the property that housed the skeletons of numerous large animals which are believed to be from the Ice Age.

Things to do: the Battle of Corydon Battlefield, the Turtle Run Winery, the Corydon Capitol State Historic Site.

Places to stay: the Village Lodge, the West Winds Lodge, and Shadow Mountain Lodge and Cabins.

Things to do: the Noisy Water Winery, the Ruidoso Downs Race Track, and the Lincoln National Forest.

Hellhole is a large pit cave found in the Germany Valley in eastern West Virginia. Hellhole is the seventh longest cave in the USA and can only be accessed by suspending on a rope at the cave’s entrance. Explorers have noted that there are several runnels within Hellhole that extend several kilometers.

Things to do: Seneca Caverns, and Spruce Knob.

It is safe to say that exploring the deepest caves in the United States is not for the fainthearted. However, it provides rare insight into geological structures that pre-exist mankind. These natural wonders are major tourist attractions that draw many people to visit the USA.