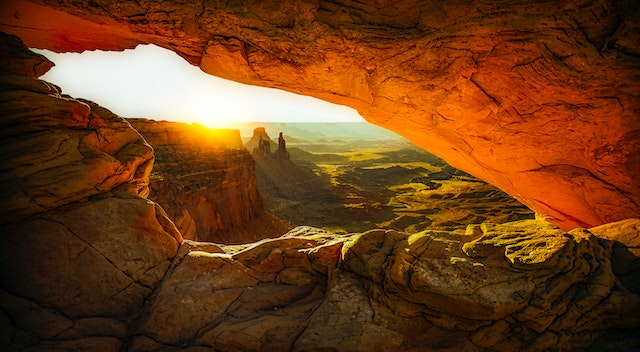 There is plenty to discover beneath the surface and the United States is home to many below the surface amazing natural wonders such as caves. If you are into cave exploration or visiting amazing caves is on your bucket list, here are some of the best caves you can visit in the United States for your next trip.

It is also best to get a USA prepaid SIM card while going on your trip to be able to communicate with your loved ones at very low rates.

Located in the Green River valley in Kentucky, Mammoth Cave is home to the more than 400 miles of passageways which is the world’s largest known cave system. The Cave has beautiful winding chambers, pools, and limestone labyrinths where different tours offer guests the opportunity to explore the decorated, historic and dripstone areas.

For those who are looking to see their first cave in person, Mammoth Cave is a great option because you get to see portions of it yourself through a guided tour. You can reserve your tour online and enjoy the experience.

With about 110 caves to explore, the Carlsbad Caverns National Park is known for its deep rocky canyons, caverns, ancient sea ledges, thorny shrubs, and cactus below the desert terrain. The cave is formed from sulfuric acid erosion of underground limestone deposits.

For a great experience, are free to take a self-guided tour of the Big Room cavern chamber, the 750-foot Natural Entrance trail, sea ledges, and deep canyons. You can also explore additional areas which are accessible via ladders and lit by handheld lanterns, with the guidance of a park ranger. You can reserve your timed entry tickets online.

Located in Harmony Minnesota, Niagara Cave is known for its 60 foot high that can be viewed from a bridge. Niagara Cave was originally discovered by pig farmers in 1924 and is among the largest caves in the American Midwest.

The cave is also home to several attractions which you can enjoy, such as a miniature golf course and a gemstone mining attraction. Being in the cave can make you feel like are in Niagara Falls only that it is located underground. You can explore additional areas at the cave such as the wishing well, echo chambers, and a wedding chapel where there are 400 weddings performed today.

known for its one-of-a-kind landscapes and natural beauty, Jewel Cave is the third longest cave in the world and features more than 180 miles of formations and passages. The Cave was created in 1908 and is located about 13 miles from the city of Custer within South Dakota’s Black Hills.

The Cave has many features to explore such as namesake jewels (calcite crystals), box work, flowstone, and the cave bacon, a long ribbon drapery. For an amazing experience at the cave, you can choose among the cave tours being offered, such as Discovery Tour, Scenic Tour, Historic Lantern Tour, and Wild Caving Tour.

Ruby Falls is a 145-foot high underground waterfall that is formed by a large vertical shaft, fed by both rainwater and natural springs as it collects into a pool into the cave floor. The cave and waterfall gained national notoriety in the mid-20th, today, the falls remain one of the Chattanooga region’s top tourist attractions.

Although the waterfall may be the highlight of Ruby Falls, there are many other amazing views you can explore such as stalagmites, columns, drapery formations, flowstone, and twisted stalactites. You can make your timed reservation online to avoid any disappointments.

Planning a trip in summer?

1. What is the biggest cave in the USA?

The biggest cave in the USA is known to be the Mammoth Caves.

2. How many caves are there in the USA?

3. What is the best cave in the united states?

The best caves in the United States are Mammoth Cave, Carlsbad Cave, Wind Cave and many more.

4. What is the deepest cave in the United States?

The deepest cave in the United States is the Lechuguilla Cave in Carlsbad, New Mexico.

5. What state has the most caves in the USA?

The state with most caves in the USA is Tennessee.

6. What is the most visited cave in the United States?

The most visited cave in the United States is Carlsbad Caverns with about 300 000 visitors each year.