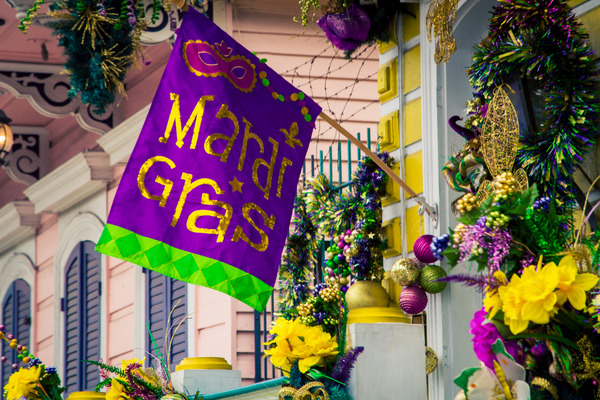 When you speak to people about the USA, they immediately make mention of big cities such as New York, San Francisco and Las Vegas. American culture has developed over the centuries and the American way of life differs slightly from state to state. Attending cultural festivals in USA will give you insight into American culture and how the country has become one of the most visited countries in the world.

Attending a cultural festival in the USA will provide you with a unique insight into the American way of life. Be sure to share this with your family and friends by purchasing a USA prepaid SIM card.

America is a melting pot of different cultures that contributes to the country’s national identity. Nowhere is this more prevalent than in New Orleans. The city’s French-creole heritage is celebrated during Mardi Gras which can only be described as one of the biggest party’s in the USA. Small to huge parades are held during the whole festival, with the largest parade taking place during the last five days with a ball sometimes being held on the last day. Be sure to have a bowl of Jambalaya and a Benye or two during your stay.

Date: moving date. The festival is held over a two-week period starting on the Tuesday before Shrove Tuesday and ending on Ash Wednesday.

Venue: The streets of New Orleans as well as many bars and restaurants.

Theme: There is no set theme to Mardi Gras. Various costumes are worn during the festival.

Things to do: various bars and restaurants join in the festivities. There are also plenty of street parties for festival attendees to join.

Price: it is free to attend most street parties. There may be a cost to attend some and some of the bars and restaurants may apply a surcharge during Mardi Gras.

Hawaii is another example of how the USA is a melting pot of different cultures. Before the it became a US state, the majority of the population on the Hawaiian Islands were of Polynesian descent. Hawaii became a US state in 1959, but the local population still held onto their Polynesian heritage. This is celebrated in the annual Aloha Festivals which are held across the Hawaiian Islands.

Established: 1946 by the Former members of the local Junior Chamber of Commerce.

Venue: State wide (across all of the Hawaiian Islands)

Theme:  each year has a different theme representative of Hawaiian culture.

Things to do:  various activities such as Lūʻau’s and talks about Hawaiian culture take place over the whole week.

Visitors: 1 million people from throughout Hawaii and tourists.

The majority of pioneers and settlers arrived on the east coast of the USA. From there, they expanded westwards into what was known as the Wild West. These cowboys, ranch hands, and mining prospectors established settlements all across the country. These settlers came with their own culture which is celebrated in the annual Cheyenne Frontier Days in Wyoming where visitors can watch rodeo’s and other events (mostly based around food) that provide insight into frontier life in the Wild West.

Established: 1897 as a Cowboy Roundup that took place over one day.

Things to do: various rodeo’s are held at the Cheyenne Frontier Days Arena. There are also various food stalls available.

Many of the first settlers that came to the USA from Europe were from England. These settlers brought with them a culture that is still celebrated to this day in the Oregon Shakespeare Festival. In Ashland, Oregon, there are three theatres (the Elizabethan, the Bowmer, and the Thomas) that put on the production of between six and eleven William Shakespeare plays between April and December each year. Festival attendees can watch these plays and experience what life among the English settlers was like.

Places to stay: the Lithia Springs Resort, the Stratford Inn, the Timbers Motel.

Price: Tickets vary depending on the Zone that you are booking in each theatre and the day of the week you want to attend the production.

Most people are aware of the massive hot air balloon festival held in Cappadocia, Turkey. A similar event is held in Albuquerque New Mexico in October every year. Over the years, the Albuquerque International Balloon Fiesta has grown to be the biggest hot air ballooning event in the world with 500 hot air balloons participating over the 9 days that the festival is held.

Theme: There is no set theme to the Albuquerque International Balloon Fiesta. Various hot air balloons are on show.

Things to do: watch hot air balloons take to the skies.

Price: attending the fiesta is free. You can book flights in the hot air balloons.

Experiencing cultural festivals in the USA will increase your knowledge about the country and provide you with key insights into the American way of life.