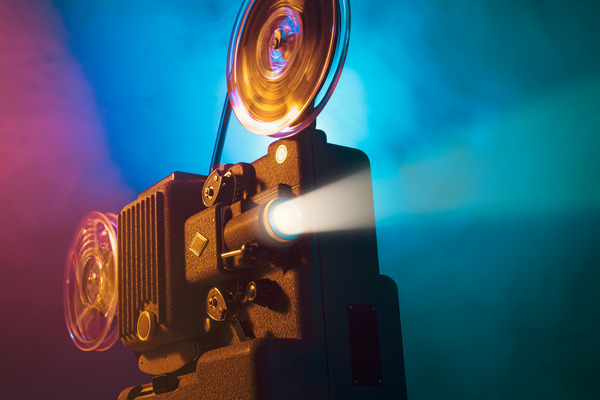 Every year, we wait in anticipation for the season’s biggest blockbusters to be released in movie theaters. Movies such as Titanic, Gladiator, the Lord of the Rings Trilogy and Avatar captivated audiences and turned into cultural phenomena. However, some of the world’s most popular movies debuted at USA film festivals before they got their names in lights.

Attending a film festival in the USA may see you catching a glimpse of the next cultural phenomenon before it garners global attention. Be sure to share this with your family and friends by purchasing a USA prepaid SIM card.

Let’s start with the most famous US film festival. The Sundance Film Festival was established in 1978 as a platform for independent filmmakers to showcase their talents. Over the years, major movies such as the Blair Witch Project, Little Miss Sunshine and the 2000 remake of American Psycho all made their debut at the festival.

How to submit film: The first step is to complete the online submission form, then send a copy of your film to the address provided on the Sundance Festival website.

Noteworthy winners: A number of Hollywood elite have won the Piper-Heidsieck Tribute to Independent Vision award at the Sundance Film Festival. Some of the big names include Nicolas Cage, Denzel Washington, Keven Spacy and Julianne Moore.

Things to do: Provo has a number of outdoor based activities that tourists can participate in.

Date: The first week in June.

Venue: various cinema venues across Lower Manhattan. The most famous being the Tribeca Cinema.

How to submit film: tribecafilm.com

The South by Southwest (SXSW) is part of the larger South by Southwest Festival which takes place in Austin, Texas every year. The SXSW Film Conference takes place over five days, welcomes film makers of all levels, and includes conference panels and sessions. One of the major drawcards of the festival are talks and mentorship workshops from some of Hollywood’s most popular directors.

Date: The dates for SXSW vary. However, the festival is generally held in March and does coincide with the University of Texas at Austin’s Spring Break and St Patrick’s Day.

Venue: University of Texas at Austin

How to submit film: sxsw.com

Noteworthy winners: Birds of Prey and the Fantabulous Emancipation of One Harley Quinn, Spider-Man: Into the Spider-Verse, and Vessel.

Fantastic Fest is a film festival that is held in Austin, Texas. Fantastic focuses on genre films such as horror, science fiction, fantasy, action, Asian, and cult. The festival takes place in September filling eight screens for eight days. The festival hosts many writers, directors, and actors, either well-established or unknown.

How to submit film: fantasticfest.com

Noteworthy winners: La Pietá, The Five Devils, and The Menu.

Like all of the other film festivals on this list, the Cleveland International Film Festival celebrates independent directors and filmmakers. In 1977, the festival showed eight films over a period of eight weeks. The festival now shows 213 feature films and 237 short films from 71 countries.

Date: end of March to the first week in April.

Price: tickets start at $80 for Cleveland International Film Festival members and $100 for non-members.

How to submit film: clevelandfilm.org

Noteworthy winners: Dying to Do Letterman, Becoming Bulletproof, and Girl in the Hallway.

Things to do: visit Progressive Field, visit the Cleveland Metroparks Zoo, and A Christmas Story House.

Tourist attractions: the West Side Market, the Cleveland Museum of Art, and the Rock & Roll Hall of Fame.

The USA has been the cornerstone of the international film industry for decades. While a lot of attention is given to popular blockbuster films, a feature of USA film festivals is the fact that they give independent films and filmmakers a voice and a chance to get noticed.