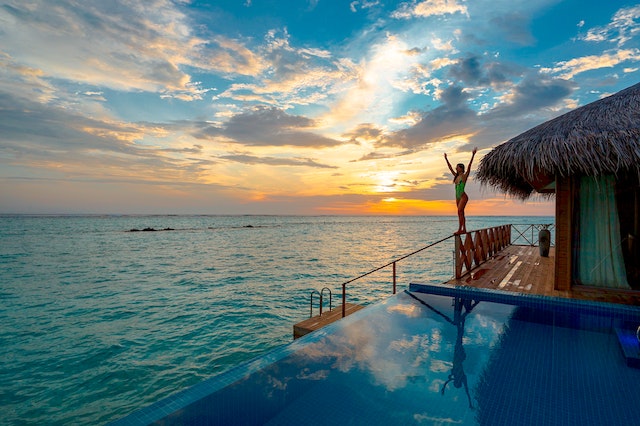 Visiting amazing islands is many people’s dream, some even dream of packing all their bags and going to live the island life. This is because islands are peaceful with amazing amazing weather, beautiful lagoons, boat tours, and sunsets by the beach. This article takes you through the top largest USA islands to visit on your next vacation.

It is also best to get a USA SIM card while going on your trip to be able to communicate with your loved ones at very low rates.

Hawaii Island is known to be the largest island in the United States and hosts the most unique landforms in the world. It is called “The Big Island” and is home to five volcanoes, namely, Hualalai, Kilauea, Kohala, Mauna Kea, and Mauna Loa.

Hawaii Island has the greatest tourist attractions such as volcanoes, ocean cliffs, bamboo forests, and caves. The Hawaiʻi Volcanoes National Park is one of the most popular destinations on the island. The island is also rich in artesian water used for agricultural purposes and as a drinking water supply for the people. Make sure you visit Hawaii island for your next trip to explore more amazing activities.

Planning a trip this December?

Located 250 km away from Alaska’s biggest and most populated city, Anchorage, Kodiak Island is the 80th largest island in the world and the second-largest in the United States. The island got its name from the famous English explorer James Cook in 1778.

There are many tourist attractions to visit on the Island, such as Fort Abercrombie State Historical Park, Kodiak National Wildlife Refuge Visitor Center, Kodiak Laboratory Aquarium & Touch Tank, and North End Park. If you are a bear lover, bears are often spotted in the southern part of the island during the fall. So pack your bags and embark on a journey to Kodiak Island for a great experience.

Are you planning a trip during the fall?

Further reading: Best places to visit during the fall

known for its mix of American, Caribbean-African, and Spanish cultures, Puerto Rico is a 179 by 63 km rectangular island and is the third-largest island in the United States. It is also home to some of the most popular beaches, such as Jobos Beach.

Puerto Rico is a popular tourist attraction that offers many interesting activities for visitors such as hiking, biking, bird-watching, picnicking, and camping. Puerto Rico is socially and economically advanced compared to other Latin places, partly due to its well-developed tourism.

With a coastline of almost 1,609 km, Prince of Wales Island is the fourth largest island in the United States and is the perfect destination for adventurous visitors who come to Alaska to paddle, backpack, or land a trophy salmon or halibut. It is also known for cool temperatures and abundant rainfall.

The island is 135 miles (217 km) long, 65 miles (105 km) wide and has an area of 2,577 sq mi (6,670 km2 and is home to eleven small communities. There are also many activities visitors can explore when vising the island, such as mountain biking, kayaking, and canoeing. You can also visit amazing sites like caves, forest service cabins, Sandy beach picnic area, and many more.

With a land area of 2,048.61 square miles (5,305.9 km2), Chichagof Island is the fifth largest island in the United States. It is located in the northwest corner of the Alexander Archipelago of Southwest Alaska, with its western side known for extreme wilderness and home to home to Sitka black-tailed deer, and Brown bears.

There are many fantastic tours visitors can explore on the island such as cruise around Chichagof Island, wilderness tour and brown bear search, Chichagof Island Jeep adventure, Chichagof Island arctic cat tour, taste of Hoonah and city tour, and many more. Download the free vacation guide to find out about other exciting adventure tours, as well as great restaurants, bars, and shops around the island

What is the longest island in the US?

The longest island in the US as is known to be Whidbey Island.

Is Long Island the biggest island in the US?

No, the biggest island in the US is known to be Hawaii Island (The Big Island).

Which state has the most islands in the US?

Maine and Alaska are the U.S. states with the most islands.

What is the biggest island in the world?

The biggest island in the world is New Guinea.

What is the second largest island in the US?

The second largest island in the US is Kodiak Island.

What is USA’s largest island by area?

The largest USA island by area is the Island of Hawaii.