What is international roaming & how it works 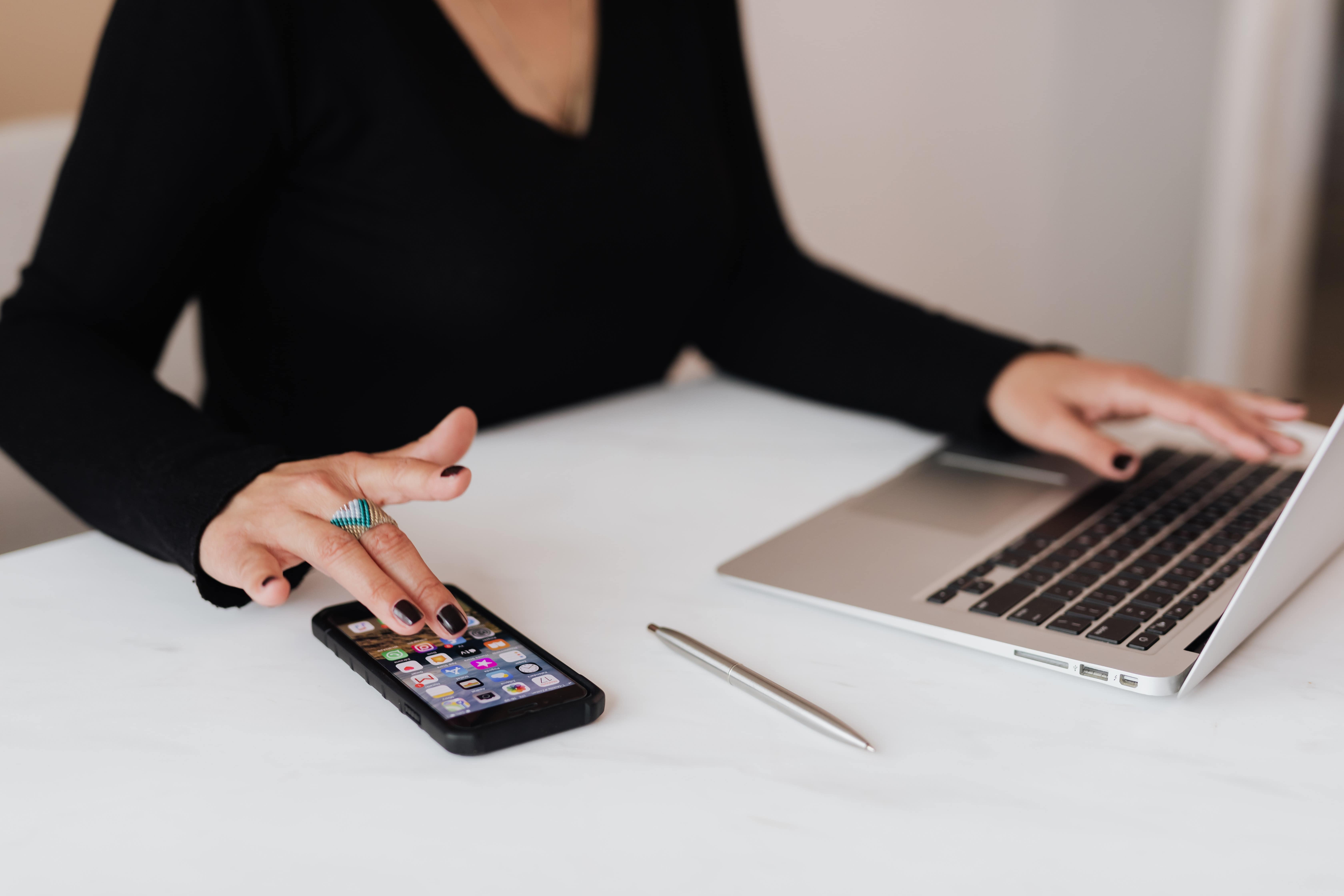 For individuals or employees who travel internationally often, the ability to stay connected with mobile devices is imperative, and this results to roaming fees being charged.

Roaming is a wireless network service extension in an area that differs from the registered home network location. It enables mobile phone users to get access to the Internet when away from home at the price of a local call or at a charge considerably less than the regular long-distance charges. It also gives a mobile device the ability to move from one access point to another.

Roaming services are usually provided by cellular service providers as well as Internet service providers (ISP) through a cooperative agreement. Special software allows cooperating ISPs to keep track of and calculate prearranged payments for usage differences. Roaming fees vary depending on your Internet Service Provider & the country in which you are roaming.

When a mobile user is abroad and turns their mobile device on, the mobile device attempts to communicate with a visited mobile network. The visited network then picks up the connection from the user’s mobile, recognizes whether it is registered with its system, and attempts to identify the user’s home network.

If the user’s mobile is not registered with its system, then it will not connect. But, if there is a roaming agreement between the home network and one of the mobile networks in the visited country, the call is routed by the visited network towards an international transit network.

Therefore, for roaming to take place, two conditions must be met:

There are several types of roaming.

• Regional/Internal roaming
This refers to the ability of moving from one region to another region inside national coverage of the mobile operator. Users roam without switching users in the process.

• National roaming
This type refers to the ability to move from one mobile operator to another in the same country.

A roaming SIM is a mobile phone SIM card that operates on more than one network within its home country. Roaming SIMs currently have two main applications, least cost call routing for roaming mobile calls and machine to machine.

International roaming is when you connect to a mobile network in a different country. The service allows users to continue using their mobile phones or other devices to make and receive calls and text messages, browse through the internet, send, and receive emails while visiting other countries.

If you use your mobile device in a different country using your regular SIM, you will be charged a per-minute rate, but if you have an international SIM, you will be able to roam for free in that country. So, it is very important to make necessary arrangements with your carrier before you travel.

Ask your carrier about:
• International roaming arrangements
• Roaming rates for the countries you plan to visit
• How you can track your usage

GSM/WLAN roaming services can be supplied in two different scenarios. One is SIM-based roaming and the second is username/password base roaming.

Roaming in the EU

When you travel outside your home country to another EU country, you don’t have to pay any additional charges to use your mobile phone.

European leaders have agreed to extend roaming across the European Union until 2032, this means that consumers will be able to use the internet, make calls and send text messages at no extra cost.

The European Council approved the regulations passed by the European Parliament in December 2021, allowing the rules on roaming to be extended beyond 30 June 2022.

What is a roaming agreement?

The extension of coverage is enabled by a wholesale roaming agreement between a mobile user’s home operator and the visited mobile operator network.

To ensure a successful roaming operation, these various stakeholders must collaborate closely on various technical aspects, where they need to have clear and detailed International Roaming Agreements that specify the roles and responsibilities of each party.

Roaming agreements are binding documents between the roaming partners that specify the legal roaming business aspects negotiated between them, such as billing of the services obtained or the monitoring to be performed.

Data roaming occurs whenever your phone disconnects from your provider’s network and hops on another network.

It happens in scenarios where you’re still able to make and receive voice calls, send, and receive data or access other services while outside your primary network coverage.

Sending and receiving SMS text messages whilst roaming abroad is called SMS roaming. You can activate your SMS roaming before leaving your country to another country.

Here are the advantages of using international roaming services.

• No need to enable or disable service.
• You can share latest social updates using data services.
• The destination network is selected automatically.
• You can use your mobile phone number during the journey.
• You can use prepaid or post-paid connection as per your convenience.
• You can keep your current number.
• Avoid contract cancellation.
• You know what you will pay ahead of time.

• Buying a new handset if your phone is not compatible with your destination area.
• Manually selecting the network to be on a network.
• There is limited access to the customer service center.
• There is no caller ID function.
• No possibility to check and monitor usage online.
• Incoming calls are also charged.
• Cost-prohibitive for longer stays abroad.
• International SIM probably more expensive than local SIM.
• No option to check the history of the SIM card.
• No facilities to check and monitor the use of the Internet.

Mobile roaming charges can quickly get out of hand, and often without you even realizing just how far you have gone with your data. Mobile expenses can be a major hurdle for companies and individuals trying to maintain control over their costs when travelling abroad.

Recently, the European Union (EU) finally went through with plans to end roaming charges entirely. While this change may be comforting and may suggest that similar changes could eventually span across the globe, other countries aren’t likely to have their roaming charges waived any time soon.

Here are some of the best practices when using roaming services while travelling.

• Always take advantage of available wireless networks whenever possible, whether your stopping at a coffee shop to take a break and check e-mails, Wi-Fi can make a significant difference.
• Don’t forget to enable data alerts so that you are notified when reaching your limit to avoid incurring extra fees.
• Minimize different activities that require more data usage like video calls and streaming unless it is necessary.
• Explore plans and options. If your invoices are always soaring above the data limit that’s been put in place, perhaps it’s time to switch to a plan with more data.
• Outsource the stress. When your telecom bills are getting the best of you, it might be time to consider outsourcing the problems to professionals who know how to help.

How to avoid international roaming charges and reduce costs

It can feel daunting and complicated to figure out how to use your phone internationally without charges. If you’re going to travel, you need to know how to avoid international roaming charges. It’s tempting to resort to not using a phone at all while abroad because of the high roaming costs.

Here are some measures you can take to avoid international roaming charges.

• Turn off data roaming. The first step in saving money when traveling internationally is turning off cellular data roaming.
• Track usage while traveling to avoid big surprises.
• Use Wi-Fi for calling and data usage.
• Text instead of e-mail. Sending text messages instead of e-mailing can cut down on data costs if you’re not on Wi-Fi.
• Rent a device. Renting a cell phone that works abroad is another way to avoid data roaming charges.
• Try a travel-specific plan.
• Go Wi-fi only. You could always just turn off your cellular data and remain connected.
• Reduce call length whenever feasible.
• Use landlines and/or calling cards for inbound and outbound calls when possible and cost-effective.
• Disable automatic updates.
• Avoid unnecessarily downloading attachments.

What is a travel SIM card?

A travel SIM is a SIM that allows you to connect to a local network in various countries around the world. With a travel SIM, you can avoid excessive roaming fees that your local operator or carrier may charge when you are abroad.

A travel SIM is a far more flexible option than a local SIM for frequent travelers, especially if you have several destinations.

At travSIM, we have an impressive range of different SIM cards for most countries in the world. Our mission is to give travelers throughout the world the best travel SIM card package available so that they can stay connected to family, friends and work no matter where they are, at the best possible price. Get your travel SIM card now!

Benefits of a travel SIM card

Here are some of the benefits for using a travSIM prepaid SIM card.

• Anyone can us the SIM cards, e.g., students, business traveler, adventurer, and many more.
• You can stay connected anywhere in the world.
• Cuts high roaming costs.
• It works in any device that requires a SIM card.
• Great options and deals.
• It’s simple and efficient.
• Free delivery.
• Receive before you go on your journey.
• You can get discounts.
• Travel anywhere around the world with peace of mind.

2. What is roaming and how does it work?

Roaming allows you to talk, text, and go online when you’re outside of your wireless provider’s coverage area.

3. Do you get charged for roaming?

Most carriers don’t charge additional data roaming, meaning if your phone goes off-network while you’re in the region, you can still access the internet as usual.

4. How much does roaming cost?

What you pay for roaming charges will depend on your carrier.

5. Does data roaming use more data?

Data charges can be significantly higher on data roaming, which means you access mobile internet services using another mobile network outside of your home network.